Brought together by necessity to save the world from a horrible fate, these second and third string heroes and reformed villains, led by the hero Defiant, decide to band together and do their best to safeguard their city and sometimes the world. Almost always outgunned and overpowered, they strive to do the best they can and hope that they survive. 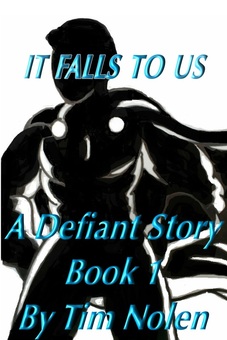 After the world's greatest superhero team has been defeated, it falls to a ragtag band of second string heroes and minor league villains to stop the evil genius Blackheart from ruling the world.
Buy it on amazon 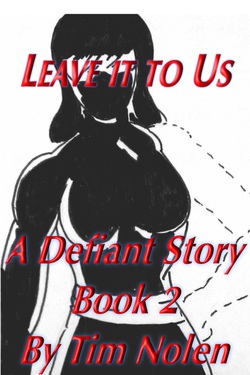 After the battle with Blackheart, Defiant and his friends band together to protect Sunset City, despite being shunned by the League of Freedom. While the League responds to a crisis in Denver, Defiant, Fade, Veronica, Boost and Search have problems of their own. A group of villains known as the Oddities along with a giant monster threaten to destroy Sunset City. Tensions rise between the two teams of heroes and the action continues in this sequel to: It Falls to Us.
Buy it on amazon 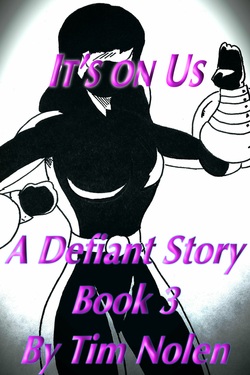 Two of the most unlikely world conquerors have just begun phase one of their master plan. To make it work, they need to create a series of diversions for both the League of Freedom and Homefront. As always, all hell breaks loose.
Buy it on amazon 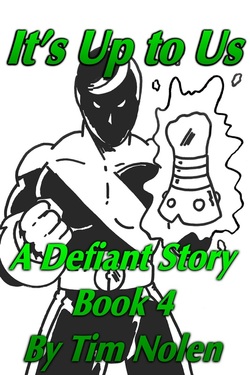 While Homefront defends Sunset City from bank robbers and villainous schemes, the League of Freedom is preparing for the social event of the century. It’s the wedding of Gauntlet and Raveness, a public spectacle with a who’s who list of guests. Everyone who is anyone is invited, except for Defiant and his friends. With this many heroes in one place, only one thing can and will happen: all hell breaks loose!
Buy It on amazon 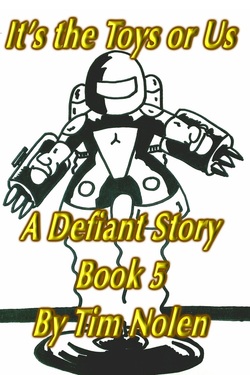 After the disastrous wedding of Raveness and Gauntlet, the heroes need some downtime. What could be better than the grand opening of the world’s second largest toy store and amusement park? Unfortunately for Homefront, beings from another dimension decide to exact revenge upon Eldritch during the event, and as usual, all hell breaks loose… in Toyland!
Buy It on Amazon 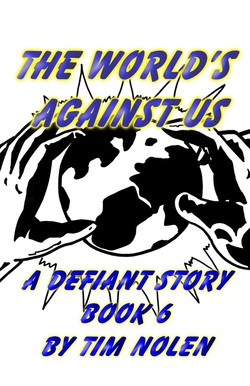 ​They've finally done it... they’ve taken over the world! Hacker and Phil have flipped the switch, and everyone on the planet is now under their control. Everyone except a ragtag band of heroes that have somehow not fallen under their sway. Now Homefront must rescue the planet, even though the whole world is against them.
buy it on amazon 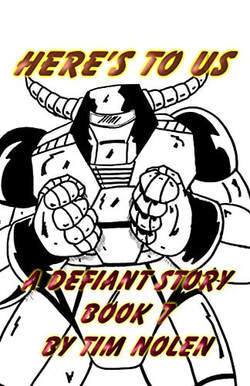 While Defiant, Fade and Veer take a much-needed vacation, which turns out to be anything but, a new menace rises up to threaten Sunset City. The son a legendary villain unleashes an army lead by Rattler Reynolds to exact vengeance against the League of Freedom and their beloved city. Just as all hope seems lost, Taurus the Bull leads a group of aged heroes out of retirement for one last mission. But will they be enough, or will the streets of Sunset City run red with their blood? Can Defiant, Fade and Veer survive the disaster that befalls them? As usual, all hell breaks loose in this, the seventh installment of the Defiant series.
Buy It On Amazon
Powered by