It's not just a story, it's an adventure. 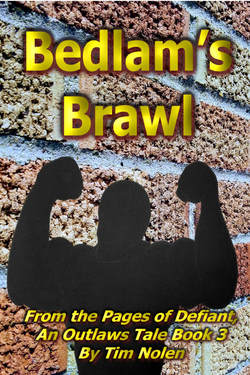 ​Peacekeeper, during an attempt to recruit a new member for his Outlaw Task Force, comes face to face with an epic menace. The resulting chaos draws Defiant and his team into the fray as the two hero groups race to save a city from destruction at the hands of a powerful new enemy.
Meanwhile, Bedlam has entered into an underground illegal fight club tournament, open to strong arms only. Razor sees an opportunity to make a massive amount of money by robbing the club hosting the tournament, known as Battle Brawl, as it draws hundreds of the wealthiest people on earth in to wager on the outcome.  Of course, this means going up against the club’s super powered security force, as well as interference from everyone’s favorite computer manipulators, Hacker and Phil. Then of course, the one and only Wrecking Crew enters the tournament as well.
With a cast of dozens of supers, this book has it all, and will have long lasting repercussions for one hero team. A massive tale, with a massive cast…this is Bedlam’s Brawl!
Buy it on amazon 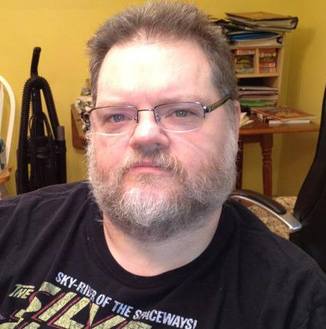 Born to tell stories, Tim has been a gamemaster for the last thirty-five years.  When he's not behind the GM screen, he can be found at various cons and Renaissance festivals in various guises.  He is most known for his role as Viking Tim at the Ashville Viking Festival, held every spring in Ashville, OH, where he performs Viking Prop Comedy  with his troupe, Asgard's Misfits.
His stories include superheroes, parody, historical fiction, high fantasy, and action adventure.
His current superhero novels include:  It Falls to Us, Leave it to Us, It's on Us, It's Up to Us, and It's the Toys or Us.
Razor's Run begins the Outlaws Tales series, which is set in the Defiant Universe.
Finally, a modern day fantasy trilogy, Knight and Day Storage features two teenagers in the unlikely roll of heroes.